Conducted annually by The Royal Agricultural Society of Victoria (RASV) as part of the Horses in Action Program, 40 talented riders competed for the prestigious honour in front of a packed grandstand, at Melbourne Showgrounds Sunday 30 September. 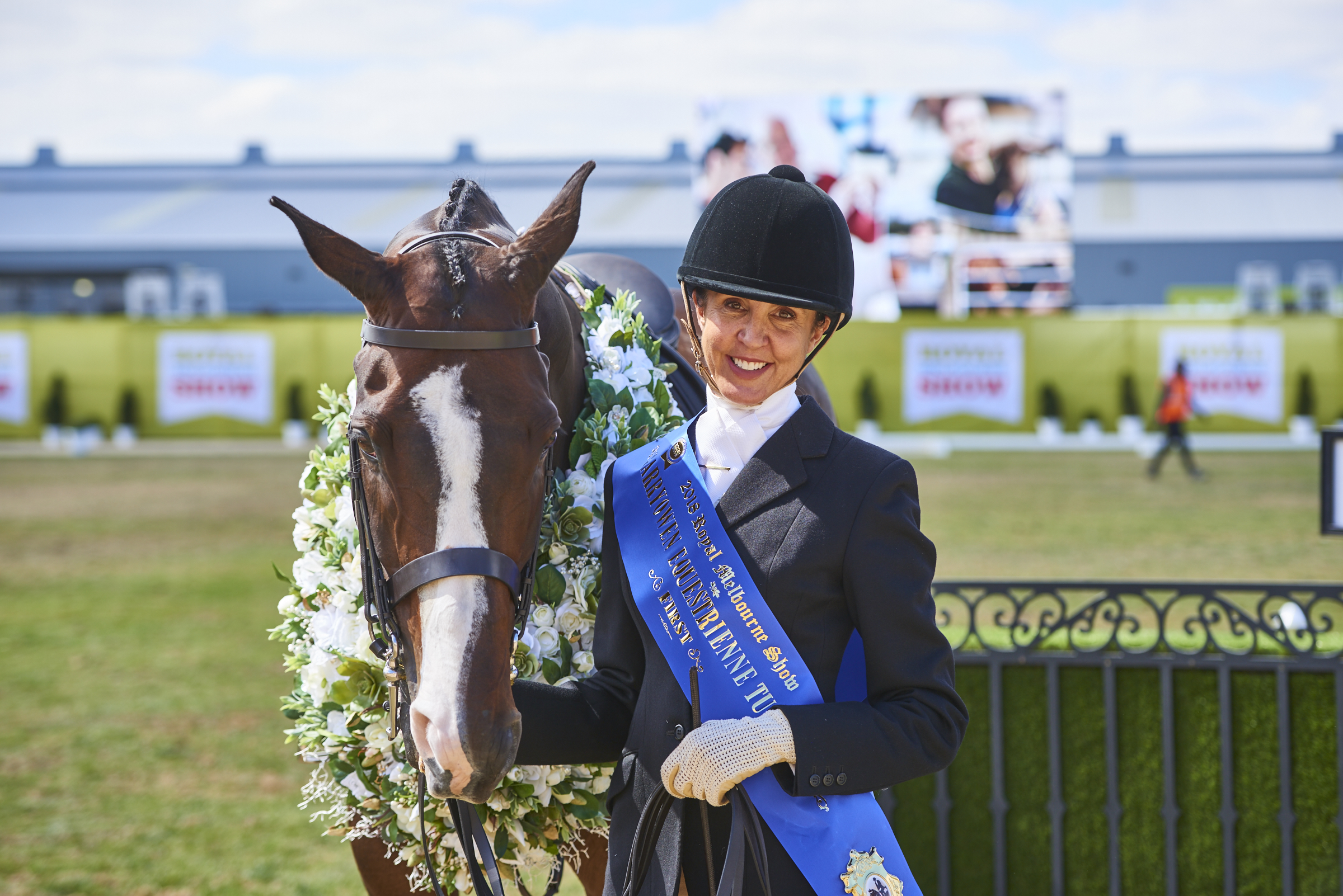 Rebecca Farrow first won the Garryowen Equestrienne Turnout in 2002 and has been a competitor in the event for more than 15 years.

“Last year, we spooked as we entered the arena. This year I felt he was really in tune and thought I just really have to go for it,” Ms Farrow said.

“About three weeks ago, I started putting random props around the arena … so he soon learnt how to get ridden through every little hiccup,” Ms Farrow said.

Rebecca has owned Stage Presence for four years and the pair now work very well together. “He’s been an absolute delight to work with,” Ms Farrow said. This will be Ms Farrow’s last Garryowen competition.

RASV CEO Paul Guerra said the event is the most prestigious female riding event in the country and one of the highlights of Royal Melbourne Show’s 11 day program.

“The Garryowen has a long and prestigious history of recognising the country’s best female riders and we are delighted to add Rebecca to our list of winners,” said Mr Guerra.

The event is open to female riders aged 18 years and over and a panel of six experts judged each rider and horse on conformation and soundness; manners and paces; saddlery; costume; riding ability; and general appearance.

Michelle Paynter on DP Amazing took first place in the Esquire Turnout and Rebecca Phillips on Fire To The Rain was awarded second place.