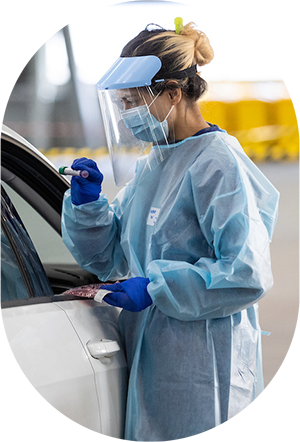 In the past 12 months the day that the:

A number of teams have all contributed to the success of this testing site from the cleaning staff, security team, traffic control staff, ADF (in the early days), Your Nursing Agency and right from the very first day, the Department of Health, Western Health and Dorevitch pathology.

On 23 May 2022, Ana Maria Sedano was presented with a Rotary Pride of Workmanship Award for her tireless and gracious hard work as a cleaner at the Western Health testing clinic at the Showgrounds. Congratulations and thank you Ana Maria!